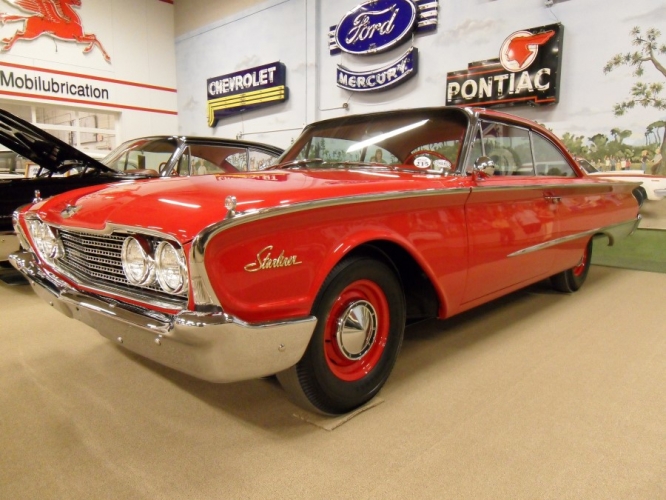 Motor Life Magazine called it "The Hottest Stock car for 1960!" This car just has to have the 352 cubic inch, 360 HP High Performance engine! We dont know how many Hi-Po's were built in 1960 but probably just a few hundred. Indeed, many went into Starliner bodied cars, where they often found their way to the nations drag strips as well as NASCAR's high bank ovals.

An authentic Hi-Po car, this Monte Carlo Red beauty was originally delivered to the Burlington N.C. area but eventually made its way to north Georgia. There, two of the foremost Ford experts in the country collaborated on the concours quality body-off-frame restoration using only original or NOS parts.

Jacky Jones and Donald Allen have found, collected and restored dozens upon dozens of Ford's finest High Performance models from the 1960's. Jacky says this is the nicest Hi-Po Starliner he has ever seen. And ceratinly Donald's knowledge, craftsmanship and insistence on accuracy show everywhere on this spectacular car.