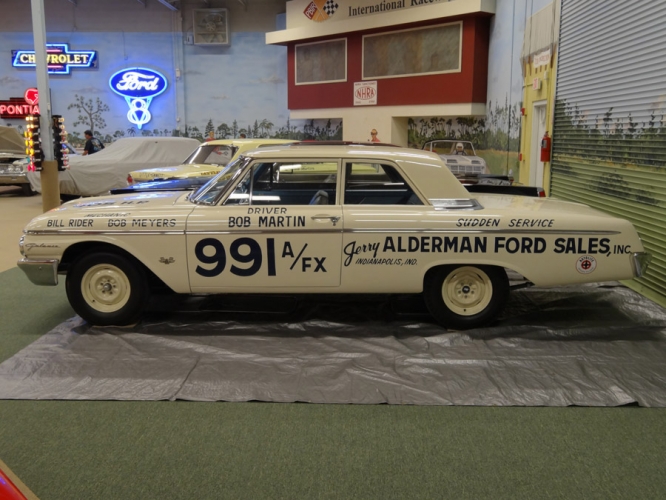 The early 1960's saw an explosion of fan interest and racer participation in Super Stock drag racing. The corresponding development of these cars was no less amazing. Suddenly the Big 3 manufacturers were involved and factory built "Lightweights" entered the scene late in the '62 model year.

Today only the Alderman car and three other '62's remain. Six were re-bodied into 63 1/2 models, including those of Gas Ronda, Les Ritchey, and Dick Brannan.

This Alderman Ford has been featured in Muscle Car Review and was the cover/feature car for Muscle Car Enthusiast (June,2006).